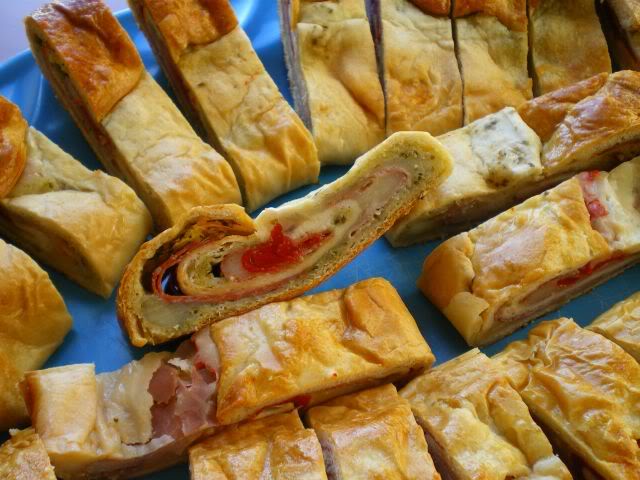 This recipe is from my father-in-law, Joe.

This is not an actual picture of out Stromboli, but it is the closest picture that I could find to give an idea of how it should look.

I will post a new picture the next time we make it!

3.  Arrange Salami, Cheese & Banana Peppers as shown in the diagram below: 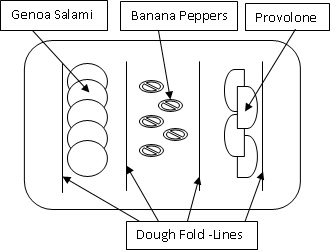 If you make it ahead of time, don’t cut it and wrap it in aluminum foil. Heat in the oven when ready to serve. Do not microwave, that ruins the texture.

Warning: Once you make this, you will be asked to make it again & again.